I spent last night with a new book that my awesome friend Jenny loaned me.  "Go FOR NO!" by Richard Fenton & Andrea Waltz.  I turned off my computer early, made a nice hot cup of chai tea and curled up with this book to learn about overcoming my fear of rejection.  I shared with Jenny that I had a fear of rejection that has been holding me back from my goal of helping others.  I have been held back most of my life by the fear of being rejected.  Spent years caring about weather people like me or not.  Funny when you think about it, I never really liked myself but wanted everyone else to, haha.

I watched two movies the other night with my nephews on Netflix about rejection that really moved me and the boys.  One was Cyberbully and the other was The Fat Boy Chronicles.  We had a big discussion after the movies about how messed up it is to be ganged up on by others.  I shared with the boys a time in my own life not so long ago when I went through some cyberbullying of my own.  A community that once accepted me stood quiet while a group of individuals targeted me in chat and posts with insults, lies and spreading of personal information.  I was so hurt by this and tried every angle I could think of to stop it until it just got to be to much and I threw in the towel and walked away all together.  We talked about the importance of sticking up for people when it isn't the popular thing to do.  The importance of standing up for what you believe in even if you have to stand alone.

Even though I have suffered from a fear of rejection all my life, my dislike of bullies has ran much deeper starting at a young age I was picked on daily because we grew up really poor, had no Dad around and our Mother was an addict most of our childhood, being in the foster care system it only got worse as word spread that we didn't even live with our own parents.  I was also picked on for being fat most of my life; looking back at my pictures I wasn't even fat.  However, the self image I gained from being called fat for so many years added pounds over the years and I became what I saw myself as.

It wasn't until the day that a mean boy threatened my sister that I stood up to someone.  I was 12 and she was 9 weighing all of 60 pounds, my sister was always a tiny little thing when we were growing up.  I stood up for her and me and the boy fought at the school bus stop.  Years of rage for being picked on and threatened came out of me that day as threw blow after blow landing over half of them on a boy twice my size.  The school bus pulled up and words spread around school quickly.

By lunch everyone in school had heard I could fight and all of sudden I had new invites for friendship from the very kids who shunned and insulted me and my few friends daily.  I am thankful I was wise enough at that young age to see through that and said no thank you, I think I'll keep the friends I have.  I began making friends with more and more kids who were picked on and began protecting them all.  I fought a lot the following years in Jr. High and High School, always sticking up for someone who was less fortunate or the underdog.  I don't think one fight I had was bout sticking up for myself.  In fact it wasn't until recently that I started learning how to stick up for myself. 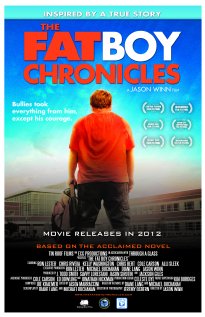 On the internet people who don't bully others in person feel empowered to exercise their ugly side in ways that they never would face to face.  Feeling powerful behind a key board fueled by a false sense of popularity when others don't speak up against their actions.  The truth I believe is that most people witnessing it go down see it for what it is but have their own fears that hold them back from hitting the keys on the keyboard to voice their honest opinion of those ganging up on someone else.  Nobody wants to be attacked verbally and we also live in a society where most people these days stay out of it.  In my opinion cyber bullying is the most cowardliness act of bullying.  And honestly it is just as damaging to the person doing the bullying as the person being bullied.  Gaining a sense of power and accomplishment from hurting another person and not even being witness to the tears and turmoil the person they are hurting is going through takes away the lesson in hurting another because they don't have to see it, feel it.  Hiding behind shill handles it is easy to act out the parts of our personalities that we would never dream of doing in person.  It is kind of like doing what ever you want because no one is looking.

The truth is there is a real person on the end of that computer, and that real person is hurting.  Feeling good about hurting someone else is not cool, in fact it is kinda sick and sad when you think about it.  Looking back to my own pain and turmoil I can honestly say I have learned much and grown from it.  Walking away and beginning to build a new life loving me was the result of that time and all the years before combined.  Today I am not so easily wounded and see it for what it was.  I feel badly for those who bullied me rather than anger.  I see that they were hurting themselves too.  I have honestly forgiven them and myself for it all.  I understand now that we are all learning, hurting and just trying to feel better in a world that can be very hurtful sometimes.  We all deal with that differently, some of us hurt ourselves and allow other to hurt us, some of us hurt others and allow no one in.  No way is any better than the other, just different paths on the same road.  In the end it all ends up okay when we choose to see the path we are walking and build our character from there rather than others we meet along the way or by others paths.

In my desires to help others gain their health back the way I am gaining mine back by losing weight and eating healthy I am still held back by that fear of rejection and decided that I want to overcome that fear too.  I have learned on this journey how powerless our fears are when we take the steps to overcome them so I asked for help from one of my mentors; my friend Jenny.

This book is awesome and is already giving me a new perspective on rejection and failing.  Anyone out there suffering from a fear of rejection should check this book out, it seriously rocks.  I will keep you all updated on my progress in overcoming this fear of rejection.  I know there are others out there who share this fear with me.  It would be really cool to hear from you.  Send me an email or even call me at 408-508-ICAN (4226) and lets share with each other about this fear and our progress in tackling it head on.  I am learning in life that reaching out and working together with other people who want to live a full life not held back by fears and doubts is very powerful.

I would love to be support to you and gain support from you.  We live in a world where we have to deal with most things alone, I think we should change that and start standing by each other, all of us.  It feels so much better to help people than hurt them, to be helped than hurt.  So weather you have been bullied or are a bully doesn't matter because what we have been does not define us in the here and now.  Who we are today, what we do when no one is looking or we can't be held accountable is what matters.  Hurting others is equally as painful to ourselves as being hurt by others is, maybe even more.  Learning compassion through forgiveness is an amazing gift and freedom.  Making amends for our wrongs gives us much freedom also.

If you are being bullied online trust me, don't engage.  I tried it and it doesn't work.  Besides tit for tat, fighting fire with fire only fuels the flame and makes us no better than the people bullying us.  Stand up for what you believe in, even when that means you have to stand alone.

I love you all from a place of believing I can overcome this fear and knowing I will.  Have a great Sunday.